In the survey I did for our upcoming program on confidence, a lot of you asked me how to deal with intimidating people. One comment summed it up pretty well:

What if you become intimidated by individuals or groups who are attractive and/or loud. How do you even begin to put yourself at ease, or stop putting them on a social pedestal, so you can be yourself? – Alexis

I got lots of questions about that from both men and women. Some examples that came up were talking to your boss or manager, talking to tall people, good-looking people, mean/unpleasant people, and those you’re attracted to. The number one example men brought up was talking to women they’re attracted to.

You might need to learn some strategies to deal with somebody that makes fun of you.

Here is my best advice for you. The advice is collected from studies in the field of cognitive behavioral science and my own experience.

I’m also going to bring up examples from intimidating people I’ve talked to about the subject, and I’ll share what I’ve learned from them.

Find a therapist from BetterHelp's network of therapists for your everyday therapy needs.

Take a quiz, get matched, and start getting support via phone or video sessions.

Their plans start at $64 per week. Use the button below to get 20% off your first month at BetterHelp + a $50 coupon valid for any SocialSelf course.

To receive your $50 SocialSelf coupon, sign up for BetterHelp using the orange button. Email the order confirmation to SocialSelf to get your unique coupon code.

First of all, here are two changes in mindset we need to understand:

Few walk around in life trying to intimidate others. Often, they don’t even understand that they are intimidating.

A friend of mine is a prime example of an intimidating person. She’s pretty, intelligent, confident, has a great education and a high-income job in finance.

Being intimidating doesn’t help her social life, quite the contrary. She’s told me how people before they get to know her, believe that she’s superficial because she seems so “perfect” (when in reality she’s one of the least superficial people I know).

If you want to improve your social skills, self-confidence, and ability to bond, take our 1-minute quiz.

You get 100% free personalized tips based on your results.

In other words, there’s no reason for her to be intimidating. She doesn’t use it as a tool to suppress others (even though that’s how others often take it).

As I’ve gotten to know her better she’s opened up about having a low self-esteem. She feels safer when she can hide behind that perfect surface.

Trying to be perfect is often a protection most people have against the outer world to cover up for any insecurities they might have.

There are exceptions. An example is a psychopath without insecurities who just wants to intimidate others. Luckily, those are rare.

Ironically, it’s often those who feel the most need to compensate for their insecurities who come off as the most intimidating. They protect themselves below their perfect surface – and the price they pay is becoming less approachable (and that means less high-quality relationships).

I like to think that there’s no reason to build a powerful castle unless there’s something one’s afraid of.

It can be stressful to be around intimidating people and feel that being inferior will make them dislike us. “Here everyone has a fancy PhD title and I’m just a retail employee” or “Here everyone’s tall and I’m short.”

If you follow the principles of likability (and forget about trying to be likable), you’ll become the person of choice to hang out with.

Here are the three main traits of likable people, according to research:

Lesson learned: When you’re around people who intimidate you, don’t fall into the trap of trying to prove yourself to them. That just comes off as needy. Instead, keep to the universal principles of likability.

Now that we’ve set the foundation with these two mindsets (You don’t need to take it personally because it’s often a defense, and focus on making people like being around you rather than liking you) it’s time to follow the 5 steps below, based on cognitive behavioral therapy (CBT), to become better at dealing with anyone who’s intimidating.

Take this quiz and see how you can become more confident

Take this quiz and get a custom report based on your unique personality and goals. Start improving your confidence, your conversation skills, or your ability to bond - in less than an hour.

CBT is a well-researched field and is used by psychologists all over the world when it comes to changing behavior and dealing with feelings.

Mindset 3. Acknowledge when you become intimidated

The foundation of CBT is to first be aware of what we’re feeling. Sometimes we don’t even want to admit to ourselves that we’re intimidated because it feels silly or we’re afraid that acknowledging it will make us more nervous. 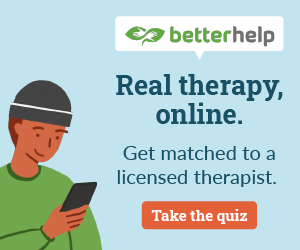 Research has shown that the opposite is true. If you acknowledge that you do feel intimidated and accept that feeling, it won’t be as strong as if you tried to ignore it. After all, you can’t remove feelings and most people get intimidated every once in awhile, so why not be okay with it?

Lesson learned: Whenever you’re around someone who intimidates you, think: “Now I’m intimidated, and that’s OK.” Then you can move forward to face (and conquer) your fears instead of fighting your own feelings.

Now that we’re aware of this feeling and accept it, we’re ready for the next step.

You don’t want to walk around in life looking for people’s shortcomings. But when it comes to those who intimidate you, you need a powerful method to take them down from the mental pedestal you’ve put them on.

One powerful way to do that is to think about what insecurities they might have. You don’t want to look at these weaknesses from a bully’s perspective, but from a compassionate’s perspective:

What type of social overthinker are you?

Take this quiz and get a custom report based on your unique personality and goals. Start improving your confidence, your conversation skills, or your ability to bond - in less than an hour.

When I give this advice to my program participants, many instantly reply that “but the person I’m intimidated by doesn’t seem to have any weaknesses”. But when I ask them to probe deeper, they’re surprised to find a lot.

Mindset 5. What is something you are better at?

Who we are is made up of hundreds, perhaps thousands of traits. Therefore, it’s statistically sound to assume that there’s something (or several things) that you are better at than the intimidating person.

A lot of things are part of who you are:

Mini exercise: What are some things you are good at? Spend a few minutes to think about it, write it down if you want more clarity. It can be anything from your sense of loyalty, your extensive knowledge of your favorite game, your awesome relationship with your sibling, to your fidget spinner skills.

Read more: 15+ tricks to get more respect from others.

Now we’ve come far, and it’s time to put it all together.

…you don’t need to take it personally when someone’s intimidating because it’s often just their defense against the world.

…you want to focus on making people like being around you rather than them liking you.

…the best way to deal with the feeling of intimidation is to 1) acknowledge it and 2) to accept it 3) face it anyway.

…even intimidating people have several shortcomings when you look for them.

…you have several areas where you are better than the intimidating person.

With these realizations in mind, we can shift the way we approach someone who’s intimidating.

I want you to practice seeing that person from the perspective of its shortcomings, and from the perspective of your strengths. Some of my participants are first hesitant to do this exercise because they think that it’s a misrepresentation of reality. After all, in their world, they’re down there and the intimidating person is up there.

In truth, we humans are far too complex to put in a hierarchy of who’s better and who’s worse. It’s not possible to say who has the right to be on the pedestal. That’s why we want to broaden our perspective and not just think about how good someone is and how we’re not, but also in what ways we are good and they aren’t.

Mini exercise: Take a moment to close your eyes and visualize your relationship from your strengths and from that person’s weaknesses.

Do you notice how your feeling of that relationship is already slightly more balanced? Whenever you think about that person, do this exercise and you’ll notice how that’ll broaden your perspective on who’s “the best one”.

Now it’s time for the final step to seal the deal.

Mindset 7. Focus on them, not on you

Whenever we come across someone who intimidates us, it’s intuitive to compare ourselves with them. (Especially, comparing our bad traits with their good, something we challenged in the previous step.)

If you want to improve your social skills, self-confidence, and ability to connect with someone, you can take our 1-minute quiz.

You’ll get a 100% free custom report with the areas you need to improve.

You just made the “view them from their weaknesses and your strengths”-exercise and you can do it over and over when you come to think about them. In CBT, that’s called “challenging your thoughts”. But the next time you meet in person, you don’t want to focus on comparing the two of you.

Instead, focus all your attention on them instead: Rather than thinking “I wonder what they think about that I’m the only one here without a PhD”, it’s more productive to think “I wonder what he/she got their PhD in?” or “What did they like the most when they studied?” or “What are their future plans after the PhD?”

You want to get to know them and show interest in them. They’ll like you more, you’ll bond faster, and your brain is preoccupied with focusing on them instead of nagging you about in what ways you might not be as good as they are.

It can take some time, but you can learn how to be more present in conversations.

Online therapy allows you to speak to a licensed therapist in the comfort of your home.

BetterHelp offers support via phone or video at $64 per week.

Use the link below to get 20% off your first month at BetterHelp + a $50 coupon valid for any SocialSelf course.

To receive your $50 SocialSelf coupon, sign up for BetterHelp using the link below. Email the order confirmation to SocialSelf to get your unique coupon code.

Imagine how you’ll stand out if you instead go the other way: You’re warm towards them, ask them sincere questions to get to know them, and make sure that they have a great time.

I’m looking forward to reading your comments! I’m not able to reply to all your emails, but if you post a comment on the blog, I’ll make sure to reply to you!

Free training: Be confident around anyone

Join our free training and learn: