You knew for sure you were the one doing the best job. Still – someone who wasn’t as competent as you got the position you wanted.

During my years as a founding CEO in a growing company with emerging career opportunities, I gained insight into the anatomy of success among my employees. I ransacked myself – what was the real reason I let a person in my organization advance? I delved into psychology. Later on, this interest in why we do what we do make me found SocialPro.

In this article, I will try to use findings in behavioral science to help you understand the inscrutable ways of your boss.

Scientists at the University of Oklahoma discovered that the majority of our decisions are based on feelings. After we have made the feeling induced decision, we come up with different logical rationalizations to justify that decision. Let’s use an example:

– “I crave a cookie,” which is a feeling, is translated by our brain to equal something along the lines of: “I’ve been working hard today, I should treat myself with a cookie. Besides that, it’s been a long time since I last had a cookie.” You see? Logical justifications for the decision.

The same goes for the workings of the mind of your boss when he needs to fill a position. Here’s a common way that he may process his decision to promote someone:

And of course, if your boss is an MBA grad he has been studying decision theory and is theoretically capable of putting feelings aside. But to quote Benjamin Franklin: A Man convinced against his will is of the same opinion still.

The magic trick to skyrocket your career is to know how to increase your likability. Simple, but extremely powerful. Once you become as good at this as you are at your profession, you’ll be amazed by the doors that open up. When people feel that they like you more than they like others, they easily find logical justifications for putting you first.

Here are three efficient and bulletproof ways to supercharge your likability:

Robert Cialdini, professor of psychology and marketing at Arizona State University, discovered something interesting about favors.

When someone does you a favor, it awakens an inner urge for you to give something back. This urge is the reason some of us don’t even want Christmas presents – the obligation of payback can be overwhelming.

Therefore, make sure you do others favors often. You want to be seen as generous. Numerous studies have shown that people who give a lot receive a lot in return; to sweeten the pot, they almost always receive more than they give. Cialdini discovered that sometimes you can get big favors in return for small ones. Put this to the test! Next time you’re sharing lunch with coworkers or friends offer those at the table a piece of your chocolate bar; help your colleague out with carrying those heavy boxes; maybe stay ten minutes after work time to help your coworker finish up his/her work. 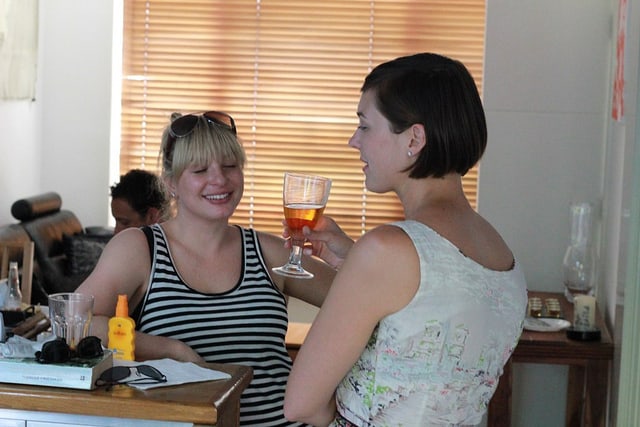 Scientists Linda Tickle-Degnen and Robert Rosenthal from Boston and Harvard University wrote in 1990 about how small behaviors that we don’t even think about consciously severely affect whether we will like someone. Adjusting your behavior to match others is called “building rapport”. Today, many researchers believe this to be one of the most important factors when it comes to liking someone because it turns out – people want friends who are as similar as possible to themselves.

Similarities come in many shapes; even with regard to how fast we talk, our body language, and when we choose to smile is hugely important to create rapport. Successful salespeople learn to build rapport in their sales education. Socially successful naturals mastered this skill way back in kindergarten.

These are some simple steps you can take to build rapport:

– Don’t fall into the habit of talking about differences between you and others. You won’t win anything by frequently pointing out to them that you disagree with someone – even when you’re just trying to make a joke. Instead, it will make you seem more differentiated and cause alienation.

–  Match the social energy level of others. If you are too calm compared to the person you’re talking to, you’ll come off as boring. Conversely, if you’re too energetic, you will be perceived as annoying. Start paying attention to the social energy of others, and match it by behaving in kind, either more calmly or energetically.

– Get to know other people’s interests. If they match yours, make it a habit of talking about your mutual interests. You may even want to learn more about their other interests so you can intelligently discuss those – that just might win you extra points in their eyes. 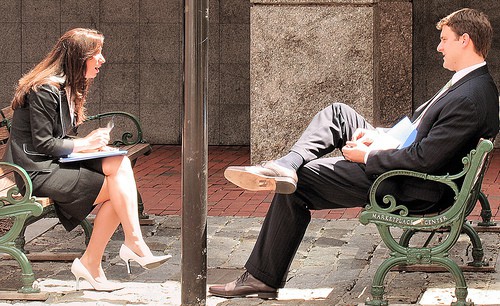 Cialdini also found that we like people who like us. If you reflect upon whom in your circle of friends and acquaintances you like and dislike, how do you think they feel about you? Odds are it’s a reflection of your own feelings towards them. The most likely case scenario is that you like people who like you, so it’s important to show that you like others for them to like you back. Here are some steps you can take:

– Everyone has some personality traits and/or interests that are likable, so practice liking people by focusing on their good qualities.

– Show that you like someone by appreciating their work and sincerely complimenting them about it.

– Don’t be afraid to tell your friends at work that you appreciate knowing them and enjoy working with them.

– Show that you care about others by asking questions about their personal life.

Don’t push it – make sure you use these skills in a natural way so you’re not perceived as phony. Keeping these principles in the back of your mind while interacting with others is an efficient and fun but not obviously overt career strategy. Even better, you’ll probably cultivate some good friends along the way as well.