A 29-year-old mechanical engineer from Portugal and his journey to a more social life.

Richard’s only 2 weeks into the program but finds it easier to get to know people on a deeper level and to make more interesting conversation.

He talks about pushing on even when you feel like giving up, not wanting to play “mental games” when socializing and about all those vague tips online that just don’t work… But also about successes and feeling more at ease in conversations.

What made you decide to start improving your social skills?

We need each other to move forward. Together people can accomplish much more than by themselves. Social skills are a huge part of that, and I def. know they’re holding me back. Plus I’m not happy not being able to be socially as good as I’d like. It’s something basic that I feel like I should know. As you said in one of your videos making small talk is necessary, but it can be enjoyable. People are happy, you’re happy. Same happens for socializing in general. It would make me happier 🙂

Richard on Awkward to Awesome

I have to congratulate you and Viktor. Some of the things you teach give what I call “aha moments” or “make me see the matrix”. It’s those bits of knowledge so well thought of that make you connect the dots. An example of that is your phrase “relatable is likable”, or focusing on the external environment, seeing others from the perspective of their weaknesses to be less self-conscious. Then the unscripted videos and their analysis of people doing natural conversation and seeing the things you talk about.

I think about these things in conversations. This means that I do have an easier time getting past small talk.

“Fake it ‘til you make it is actually true”

How would you describe some social challenges you’ve overcome?

“Fake it ‘til you make it” is actually true. I’m calling people by their names more often. At first, it felt weird for me, and it didn’t seem like I was being myself. After a while, though, I became that person that treats others by their first name. Now it feels forced if I *don’t* do it. This means that many changes can feel uncomfortable and like we’re just faking it, or not being ourselves, but who we are changes. So we have to know it’s a temporary feeling, and the end result will be a better version of ourselves.

Richard on feeling like giving up… but continuing to push on

I didn’t give up because 1) it is a really important part of my life that I want to get good at. 2) I believe to be more than capable; 3) while there’s hope there’s no giving up 🙂

Several times I’ve been through the same thing. You go all happy to this new video on “how to improve social skills”. Then you see the same general, vague tips. You look online and read and read and you see the same. You try some things, but they feel forced or unnatural. As if people who wrote that just read it online and have no real scientific or personal experience with the subject.Then other times you’re in a social situation and you may say something out of place and feel like others are judging you. Or things do go wrong (reinforcing the bad beliefs). After those times I may momentarily think that I was right all along to have that

Then other times you’re in a social situation and you may say something out of place and feel like others are judging you. Or things do go wrong (reinforcing the bad beliefs). After those times I may momentarily think that I was right all along to have that fear and that I’m not cut for this. But it’s a passing feeling.

I’ve read several things about improving social skills and most, by far, are very general vague tips. ZERO real life example tips (except pick up women videos, but those are just for the purpose of that, and I wanted general social skills, which in the end is transferable to that area anyway.)

Some of these tips are ”Be yourself”, “Don’t worry about what others think of you”, “Do X” (without showing you HOW). What I’d like is to be good socially like a normal person, not to have to play mental games while I socialize to give the impression I’m good.

I feared I wouldn’t be the same person, and that I could lose my core values. That to be better socially I need to sacrifice some of my uniqueness. But I’ve come to realize they’re mostly irrational fears.

What advice would you give to someone who’s starting off but isn’t yet where you are right now?

Take David’s course lol 🙂 Practice consistently. First with people you already know, like your friends and family. Then, expand that to acquaintances later on.

What were some worries you had whether Awkward to Awesome would be right for you?

The number of programs I’ve seen around and how awful the advice is!
By far most advice thrown around out there is awful. What are the chances there’s actually good advice if the last 100 articles you read on the topic are garbage?However, I had been reading your emails and they seemed somewhat different for the better. That’s what made it stand out.

However, I had been reading your emails and they seemed somewhat different for the better. That’s what made it stand out.

We asked some of our members to share how SocialSelf has helped them become more socially savvy. Here are their stories. Some names have been changed. 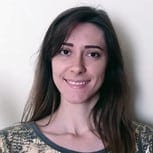 "[...] you know, little did I know that it isn’t about having an endless list of things to say, but about being genuinely interested in hearing from the other person and finding mutual interests. That’s so much more profound than I thought when I dreamed of a silver bullet to solve my conversation dead ends.

David’s course is DEFINITELY NOT a band-aid, it is a cure, for whatever social discomfort you have.

From this life, we don’t take away material things, only the good relationships we’ve had. Also, if you think that you can’t find friends that are like you, I guarantee you they are out there, you’ll find them with the help of this course." 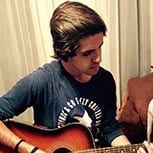 William lives in Irvine, California where he studies International Commerce

"I always felt I was a good guy, well-intentioned and nice. However, sometimes life and people were kind of stepping over me. I didn't have a lot of girls and social success.

Now I'm outgoing, social, and generally easy to talk to. What I learned is that change is possible!" 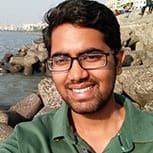 Rakesh, 20, is an engineering student in India

[...] one thing it has done is completely eliminated awkward moments. And because I’m not putting on a mask, it’s not at all tiring.

In fact, I look forward to more interactions. I’ve even started a brotherhood group so that I can meet new people and forge healthy relationships. 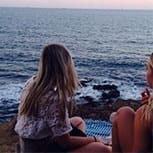 Rachel, 25, works in IT-support in Australia

"The way you teach and your methods have helped me so much. I have been implementing your ideas, and it has changed my life in such a positive way.

I have been genuinely interesting myself in others and it makes others feel cared about, and in turn, that makes me feel good!" 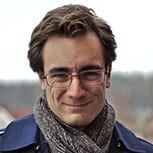 Theodor from Norway studies History at the University of Oslo

"When I started at university last year, I already knew that I would need to make friends fast, because if not, everyone would start forming groups while I stood outside. The problem was that I wasn’t included, even though I walked around with them and went to every social event during that first ‘buddy week’. I decided that I needed better social skills because the way things always seemed to end was heartbreaking. I felt that no one I met wanted to include me, and I didn’t understand why. The only way to understand it and fix it is to gain access to their groups, and the only way to do that would be to improve my social skills.

During the program, Theodor got more confident and began realizing that others don’t have a strict plan of in which direction they want the conversation to go. That is one thing that has helped him dare to speak more." 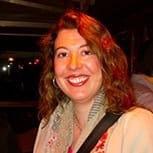 Claire, 33, is from UK and currently lives and works in the Netherlands

"I realized when I found your course that it’s not only I who feel self-conscious in social situations but most people feel that way. It was the feeling that there's actually nothing wrong with me that's made the difference. That helped me to start to forget the painful things that harmed my confidence in the past.

Before Christmas, I went to the birthday party of a friend and as a result, I got invited to someone’s dinner party after chatting for some time with someone who seemed to really like me and said that I was fun!" 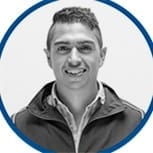 Estuardo Paz, 29, works as a data processor for a U.S. media company

"Before I feel all bad because I didn't make any friends. I wasn’t motivated to interact with people because I got depressed. Now I don't panic and can go on speaking until I create rapport.

Now I know that I can make a difference in people’s lives just by connecting with them and sharing what I am." 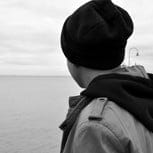 Richard, 29, is a mechanical engineer from Portugal

I have to congratulate you and Viktor. Some of the things you teach give what I call "aha moments" or "make me see the matrix". It's those bits of knowledge so well thought of that make you connect the dots." 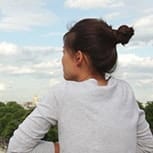 "I've been homeschooled, so I didn't have very much social experience and I wasn't very good at making friends. I hardly had any friends. Almost a year ago, I started going to my church's huge youth group. As you can imagine, from my background, I got off to a bad start."

"Your concept of slowly going out of my comfort zone has really helped. I have more friends at my youth group than I thought I was capable of making." 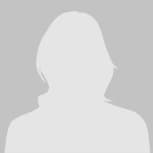 "I find that people make an effort to talk to me now and ask me how I’m doing. I know that friendships take years to build, but this course definitely is putting me on the fast-track to do so. I now find small-talk with strangers, and bonding 1-on-1, to be effortless. There is a great improvement in group conversations as well.

This course is amazing and I 10/10 recommend it for anyone who has EVER been at a loss at what to say when conversing. This course holds all these social skills so many of us seem to just be missing. Thank you so much, David! Your product has revolutionized not only my social life but my life in general. Because life is about the connections and relationships you have, and now I know how to have some."