What you will learn in this chapter

In this chapter, you will learn secrets – that most people will never know – about how to achieve social success. These tricks and mindsets will help you become more motivated, more social, more self-confident and more socially successful. 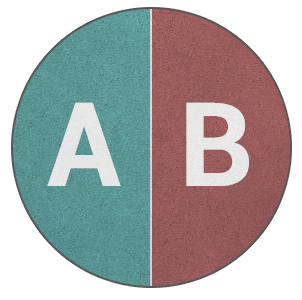 Say that you’re at a social gathering and you don’t seem to click with people. Perhaps you get ignored, perhaps people don’t show interest in speaking with you. You might get the feeling that they don’t seem to like you that much.

In other words, you are the one who decides how you want the world to treat you.

Instead of trying to change who you are (which generally is a quite bad idea), look for what small adjustments you could make to what you do – the way you act – in social situations.

This understanding opens up for The split testing mindset.

A split test is when you simply try two different approaches and see which one gives the best result.

If you notice how you don’t connect with people, don’t blame them – and don’t blame yourself. Simply change something and see how that works out instead.

For me, the split testing mindset was a relief. Instead of going through the emotional pain of experiencing how people didn’t like me, I was instead thinking “Ok, what should I adjust in my next social interaction?”.

Here’s what happened to me:

A few years ago, I often felt that people ignored me in conversation. They were looking at others in the group but not at me.

At first, I did the mistake of assuming it was because people didn’t notice me, like I had some kind of magic aura around me that made me less visible.

However, I made an experiment. At first, I practiced keeping more eye contact to “pull” other’s eyes towards mine. That didn’t work.

Then, I tried to ask people a few simple questions as soon as I met them in a group to make them notice me more.

Hi, how are you doing? So how do you know each other?

What happened was that these two simple questions made people more aware of my presence. That was enough to make them involve me more in the conversation – suddenly I wasn’t invisible to them.

And with that, I could debunk the magic invisible-aura-theory. It came down to small adjustments in my behavior.

Summed up this means: 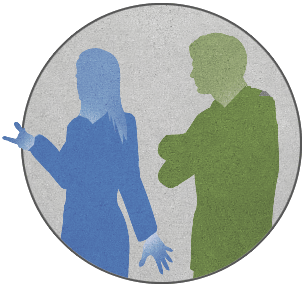 It’s OK to be quiet for a while. Leaning back and just listening to the conversation is something people should do more. However, to be able to break in into a lively discussion, you need to act on instinct and not wait for others to let you in.

Here’s a great way to use mirroring to avoid being the quiet guy or girl.

Mindsets for becoming involved in a conversation 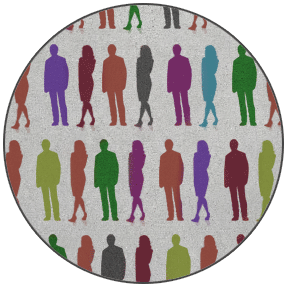 A couple of years ago I put a large emphasis on not “messing up” when I met people. My brain was telling me “Ok David, here’s your shot to make a friend!”. I was trying to actively make people I met to like me and be my friends.

However, people notice if you try to get their approval and if you try to make them like you. That makes you less attractive to hang out with.

As I started to build a larger social circle, each new situation didn’t feel as critical to me. Today, my attitude towards social situations is that I’m just making some small talk and having a good time, trying to get to know a new person. I don’t have to turn that person into a friend.

To my surprise, when I stopped trying to actively make friends is when I really started to make friends.

Why? Because the friendship is as a by-product of two people enjoying hanging out together.

With this in mind, your main goal when you meet someone should only be to make sure that both of you enjoy the conversation. You do that by using the conversation subjects we talk about here. If you succeed with making the person you meet feel good, friendship will follow, given that you find similarities.

The natural path to friendship and social success 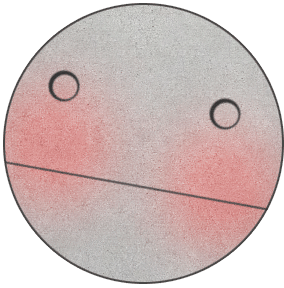 It’s OK to fail and mess up

“People are so preoccupied with their own appearance that they don’t even notice when others make mistakes.”

Here’s a closely related mindset that was discovered in a study: People who feel comfortable in social situations are less emotionally affected by messing up.

For a person who’s uncomfortable in social situations, things like forgetting someone’s name, not knowing what to say next or start talking about something irrelevant can feel like the end of the world.

On the contrary – people who are comfortable in the same situations may mess up as much, but just don’t care about it.

The latter mindset is to prefer – because messing up in itself doesn’t matter. What matters is if you get emotionally and you become stiff and nervous.

When you’re at a social gathering, pay close attention to when others make mistakes. How did others react? How did you react? You will find that you have to focus hard to even register it, and if you do register it, you probably won’t care about it.

As little as we notice other’s mistakes, as little do others notice our mistakes. 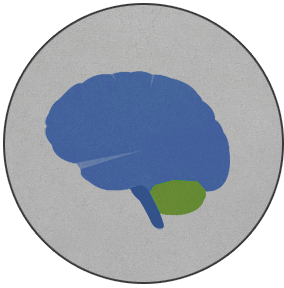 Like the first time you bicycled or drove a car, it probably felt almost impossibly difficult. Your brain needed several weeks to get the new nerve pathways in place before it could handle all the subconscious processes that make bicycling and driving become second nature.

People who are successful in life don’t get motivated when things seem to hard to handle. They understand that they have to mess up in order to learn and let their brain take time to rewire.

The same goes for social skills. Handling all aspects of social interaction is extremely complex and as part of the process, you will mess up several times. It’s important to know that everyone goes through the same process.

It sounds like a washed-out statement, but it holds true: Failure is what your brain needs to learn and rewire. Therefore, every time you fail, you reach closer to success.

This mindset has been important for me because when you become aware that you have to fail and mess up to improve and that everyone who wants to become better is failing first, you understand that failure is a good thing.

Robin is trying to act in a self-confident way by keeping more eye contact during conversation. He thinks it’s almost impossible to focus on both acting confidently and having a conversation because no matter how hard he tries it just doesn’t work. When he also has to figure out what to say, it’s simply too much to think about.

Thanks to his determination, he continues to practice despite constant failure. After a month, something has happened. He suddenly notices how keeping eye contact, despite being almost impossible a few weeks ago, now feels natural. It has become second nature, a part of whom he is. He’s now more socially successful.

Keep reading about how to be more outgoing.

Click here to join our free training and start improving your social skills in less than an hour.